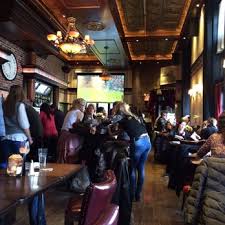 At the end of the bar, I saw old Mason Snyder sitting in his semi-usual ruminating funk, so I decided to slide my beer down there to here him out and see if we could repair the world a bit together.

After asking why the long face, Mase said, “Last week, I saw a study that broke down the average life expectancy in all the States and the spot with the longest living residents–at 85 years–was in some Colorado ski resort area, while the shortest are in Oglala Lakota County, South Dakota, where on average, people there can expect to live to age 67,” Mase said.

“Beyond the obvious disparity, is that what’s pissing you off so much?” I asked.

Mase had a long pull on his Bud, took a deep breath and said, “I saw some news bunny ask if the lives of Oglala Lakota County residents there were so short there because they died of boredom out there in the high plains.”

“Yeah, honey, the type of boredom that sets in where you have no prospects to change your life from the grinding poverty of being members of families who’ve essentially been prisoners of war for a century and a half. The type of boredom that drives people to drink and drug themselves into oblivion because they lost the home version of the Manifest Destiny game show. The type of boredom that causes kids on the Pine Ridge Reservation to kill themselves at a ridiculously high rate,” Mase said in his indignant and borderline angry tone when he talked about the treatment of America’s native people.

“That’s pretty tragic,” I said, feeling both sad and guilty watching Mase, who was of mixed Navaho and German heritage, take another gulp of his beer and the breath to go on.

“Oh, and by the way, Miss Talking Hairdo, that average life expectancy was for the whole of Oglala Lakota County, where the numbers just a few years ago for Pine Ridge Reservation residents only were 52 years for women and fuckin’ 48 for men– 48 years of age and done,” Mase said, spun on his stool and stalked out the bar entrance.

“What the hell was Big Chief Bottom-of-the-Bottle going on about?” Charlie the bartender asked me in the wake of Mase’s diatribe on the mistreatment of red folks by the sorry-ass  Great White (absentee) Father over the years.

“C’mon we’re as guilty as any White Americans in not doing enough–or anything–to help these fellow Americans live better, safer, healthier lives,” I said in my own Mase-stoked righteously indignant tone.

“Yeah, well you tell him for me if he–and you, for that matter–expects to get his firewater in my joint anymore, he’d better keep it down or, better yet, take his whiny shit to some liberal fern bar, ’cause us real Americans don’t want to hear it,” Charlie said, flipping the channel from the fifth inning in Cleveland of another one-sided Mets matinee loss over to Fox News Channel.

One thought on “And Crown Thy Good”