A fiend roared within him, fueled by germs rioting throughout his system. They wanted more whipped cream, blue sex, smoke-filled rooms; they wanted more income, better homes, self-determination; they wanted democracy to rule his body. If he had a hammer, justice would rule with silver scales. The fool would lead them.

But bang-bang, the gavel falls, overruling his objections. The fiend takes over, and his cells and the germs war, killing each other and putting the community that one might think of as his body into perpetual motion.

The teacher makes a scene for them to memorize, part of the first act of their lives. This is his job, to create neat scenes for his un-dilated pupils to use to construct a belief system and life to come. He has long since listened to the critics and realized the play will be a flop.

It all falls in on him when the fiend takes over his body.

The pupils stare at him intently, comprehensively unable to stand under this downpour, an outpouring of blinding insight.

“Seriously, once you have done that, come back to me and ask for an A. Until then, you have only failed, like me.”

He walked out of the class. The ‘flu had won. He went to the office, pulled a blank piece of paper from a copier, and wrote a note to the principal. Two words: I quit. Then he signed and dated it.

The school never heard from him again. Someone thought they saw his name on an
essay about Rabelais, Freire, and the need for revolution in the classroom. The principal read a review of an experimental novel that he might have written. A former student searched for him on Google, but his name disappeared from the screen.

Walking the ravine ahead of angels, those messengers of shadowed new light, he forgot his mother. The trees painted, making art that lasted a mere second as a breeze brushed their shadows. With affection, he thought of an Aztec descendant he met in Machu Pichu.

The land around him had a great thirst, not for rain, but for memory. A camera, hidden in a satellite, re-collected this moment of light bouncing from the rock party, a ball spinning on a pivot.

It made little difference to his views of the cosmopolitan metropolis instantiated in Berlin when the rodeo stopped in at the saloon. That poor raccoon, the gun, the Bible, the gin—you know the song. These thoughts swirled through the germinating revolution, the German revolution, the germ revolution, each a rival to his dreams.

They tried stealing his sanity, but they found the vault empty, as he had discarded all previous construction materials, leaving a lattice of emptiness while seekers discussed the seven paths of mysticism in a courtyard around seventy-seven corners of relationship to the hole filled with rain.

The wandering, colorful man no longer knew how to belong to the swimmers, so he stopped treading water, only to find that the water spit him out. 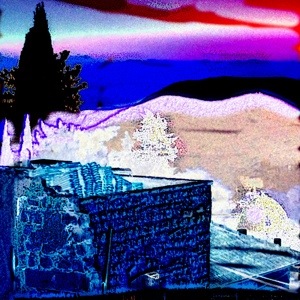 He felt silly, and thought of fixing it all, perhaps by pulling the plug and disconnecting the hole from the screen. Still, a tired wink of his mind and his wonder returned, more quickly than the drink in the saloon arrived for the rodeo’s raccoon. His doctor thought he was depressed. His ex-girlfriend thought he was manic.

It could be bad, or better, if he only found what he needed to remember to forget. His skin would then refrain from thirsting for the rain, afraid that the world would fall from his shoulders, crash onto the pathless road; the wheels of the chariot would crush him with it. The soil would drink his memory. And the trees would brush over it all a surrealistic image, covering the sketch without any pentimento.

His dilated pupils did not like the new teacher. Their vessels expanded until they burst, exploding many myths at once. The principal was not their pal. They left school, but only after many years. They read theory. They taught in universities. They thought they were experimenting.

An earlier version of this appeared here on Meta/ Phor(e) /Play, Michael Dickel’s blogZine. A closer version to this one appears in his collection of flash fiction, The Palm Reading after The Toad’s Garden. This version has some small edits and one name listed to the authors the pupils should study. What does this have to do with social justice? A critique of education, conformity, and exclusion might be found in its surrealistic-hybrid traces.