I had written a poem for Mothering Sunday, or Mother’s Day as it is commercially known, which was a few months ago, now. However, I somehow felt it an appropriate story to raise here on Into The Bardo. This is because of the meaning I understand the word ‘Bardo’ has; that is to say a ‘transitional state’ that the Stabat Mater must have entered whilst having to process the extreme emotions provoked by such a harrowing experience, perhaps not the transitional state intended by Buddhist groups, who conceived of this condition, but a transitional state that will, more likely, have provided a protective blanket to help her through the pain.

The poem A Ballad for Stabat Mater struck me on several levels. I had already previously written a poem for my son’s thirtieth birthday (The Fourth Age of Man), basing it on William Shakespeare’s Seven Ages of Man (a monologue, which he wrote to open his play, “As You Like It”). Incidentally, I found it particularly poignant to note that my son had almost reached the same age as Jesus Christ was alleged to be, when his own mortal life ended. So, the latter never had the chance to taste the next three ages; or, perhaps, he lived all seven in that short span of life?

This poem, written in the form of a ballad, was, once again, influenced by Shakespeare’s “Seven Ages of Man”, but this time includes all seven ages. Also, it was, perhaps not surprisingly, heavily influenced by the Stabat Mater, that unforgettable and extraordinarily moving image of this religious icon, Mary, the mother of all mothers, as she stood and watched her own son die, painfully. Stabat mater dolorosa, meaning the sorrowful mother stood, is a masterful understatement. How many mothers could submit themselves to such unbelievable pain! And yet all mothers do, albeit mostly to a lesser extreme, for as long as they live.

I salute all mothers, however good or bad a mother you may think you are, you have still had to suffer for your children.

I hope you enjoy the poem.

A Ballad for Stabat Mater

Do you remember radiance
of one who’s always there
the taste of swollen mamilla,
the scent of her sweet hair.

Whose kiss and gentle healing touch
was cooling with a balm
that soothed your painful childish graze
and injured pride becalmed.

Who taught you that a healing touch
and kiss could lead to more;
whilst she embraced competing love,
you found what love is for.

She stood as you went off to war,
to fight life’s bitter battles.
She taught you all you need to know
to rise above mere chattels.

As wisdoms, many, come to you,
from battles won or lost,
a mother’s love transcends it all
and never counts the cost.

In your old age you may well see
your children bear their own,
revealing then the seeds of love
that Stabat Mater’s sown.

When dotage dims your consciousness,
confusion blurs your view,
expect a revelation that
her love has seen you through. 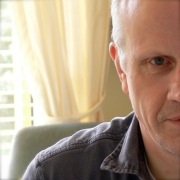 JOHN ANSTIE (My Poetry Library and 42) ~ is a British poet and writer, a contributing editor here at Bardo, and multi-talented gentleman self-described as a “Family man, Grandfather, Oc casional Musician, Amateur photographer and Film-maker, Apple-MAC user, Implementation Manager, and Engineer.  John participates in d’Verse Poet’s Pub and is a player in New World Creative Union. He’s been blogging since the beginning of 2011. John is also an active member of The Poetry Society (UK). 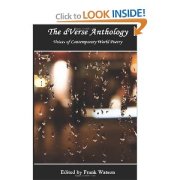 John has been involved in the recent publication of two anthologies that are the result of online collaborations among two international groups of amateur and professional poets. One of these is The Grass Roots Poetry Group, for which he produced and edited their anthology, “Petrichor* Rising“. The other group is d’Verse Poet Pub, in which John’s poetry also appears The d’Verse Anthology: Voices of Contemporary World Poetry, produced and edited by Frank Watson.

“Life is short and art long, the crisis fleeting, experience penniless and decision difficult” ~ Hippocrates. As a young man, John enjoyed being fit and sporting. It was then as much his recreational therapy as a cappella harmony singing, music, walking in the hills and writing is now. Playing Rugby Union for over twenty years, encouraged in the early days by a school that was run on the same lines as Gordonstoun, giving shape and discipline to a sometimes precarious early life. This fitness was enhanced by working part time jobs in farming, as a leather factory packer and security guard, but probably not helped, for a short time, by selling ice cream! His professional working life was spent as a Metallurgical Engineer, Marketing Manager, Export Sales Manager, Implementation Manager and Managing Director of his own company. Thirty five years spent, apparently in a creative desert, raising a family, pursuing a career and helping to pay the bills, probably enriched his experience, because his renaissance, on retirement, realised a hidden creative talent as a writer of prose and poetry. He also enjoys music, with a piano and a forty-nine year old Yamaha FG140 acoustic guitar. He sings bass in three a cappella harmony groups: as a founding member of a mixed voice chamber choir, Fox Valley Voices and a mixed barbershop quartet. He is also a member of one of the top barbershop choruses in the UK, Hallmark of Harmony (the Sheffield Barbershop Harmony Club), who, for the eighth time in 40 years, became UK Champions in 2019. He is also a would be (once upon a time or 'has been') photographer with drawers full of his own history, and an occasional, but lapsed 'film' maker. In his other life, he doubles as a Husband, Father, Grandfather, Brother, Uncle, Cousin, Friend and Family man. What he writes is sometimes autobiographical, often political, sometimes dark and frequently pins his colours to the mast of climate change and how humans are trashing the Earth. In 2013, he published an anthology of the poetry (including his own) of an international group of poets, who met on Twitter in 2011. He produced, edited and steered the product of this work, "Petrichor Rising", to publication by Aquillrelle. His sort of strapline sort of reads: “ iWrite iSing iDance iVolunteer ” View All Posts

6 thoughts on “A Ballad for Stabat Mater (Mothering Day)”