We are facing more threats to human freedoms than most of us can imagine, in an age of social mobility and easy worldwide communication. These threats come from, on the one hand, extremism, in all its forms, which is mostly visible because of a wide news coverage. On the other hand, a more subtle threat has, for a few decades now, been passing underneath our radar, because it is, more worryingly still, not being given any time by the main stream media – a fact, which I find utterly demoralising and disturbing, when we consider the implications and potential impact of these multinational corporation driven ‘free trade’ agreements, which represent nothing if not a new era of tyranny – corporate tyranny – which, if signed by the European Union, is likely to enable the enhancement of already excessive corporate power, which will not only degrade our hard won democracy, but will also enable large corporations to sue national governments if they pass legislation that adversely affects their commercial interests, at the expence of the taxpayer! (see the 38 Degrees missive and this revealing video).

I would like to take a breather from all of this to give this another perspective and offer you a voice from history, that is John Stuart Mill’s view on the liberty and freedom of the individual.

“The sole end for which mankind are warranted, individually or collectively, in interfering with the liberty of action of any of their number, is self-protection. That the only purpose for which power can be rightfully exercised over any member of a civilised community, against his will, is to prevent harm to others. His own good, either physical or moral, is not sufficient warrant. He cannot rightfully be compelled to do or forbear because it will be better for him to do so, because it will make him happier, because, in the opinion of others, to do so would be wise, or even right…The only part of the conduct of anyone, for which he is amenable to society, is that which concerns others. In the part which merely concerns him, his independence is, of right, absolute. Over himself, over his own body and mind, the individual is sovereign.”

Whilst his nineteenth century language is a little convoluted and archaic, the message is clear enough and sums up the crucial need for our individual freedoms. As ever was the case at any time in history, it is still true today that there are some very clever and powerful people in this world, who are hell bent on control of the most crucial resources on Mother Earth and therefore on a great majority of the world’s population. That we should respond with all the force of the massive voice and resources we currently have at our finger tips in the internet and the world wide web, is without question; that we appear not to be doing so at the moment, is not without question. In fact, it is this apparent lack of awareness, this lack of response from around the world that is the most worrying of all!

Please tell me I’m wrong about this. 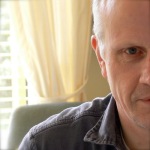 JOHN ANSTIE (My Poetry Library and 42) ~ is a British writer and poet, a contributing editor here at Bardo, and multi-talented gentleman self-described as a “Family man, Grandfather, Occasional Musician, Singer, Amateur photographer and Film-maker, Apple-MAC user, Implementation Manager, and Engineer”. He has participated in d’Verse Poet’s Pub and is a player in New World Creative Union as well as a being a ‘spoken-voice’ participant in Roger Allen Baut’s excellent ‘Blue Sky Highway‘ radio broadcasts. He’s been blogging since the beginning of 2011. He is also a member of The Poetry Society (UK). 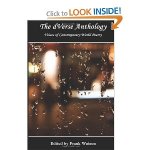 John has also been involved in the recent publication of two anthologies that are the result of online collaborations among two international groups of amateur and professional poets. One of these is The Grass Roots Poetry Group, for which he produced and edited their anthology, “Petrichor* Rising“. The other group is d’Verse Poet Pub, in which John’s poetry also appears The d’Verse Anthology: Voices of Contemporary World Poetry, produced and edited by Frank Watson.

Like Loading...
I don’t have a television, so I don’t see a lot of commercials. Still, I find NBA games on the internet and catch a few ads in the process. There’s one for a fried chicken franchise that particularly bothers me. Here’s the set-up: two teenaged kids have made a rare venture out of their rooms to join their parents for dinner. They are still plugged into their media devices and never speak or make eye contact with the camera or their parents. The African-American family sits in the living room with a bucket of chicken on the coffee table. Mom & Dad tell the camera that the chicken is the occasion for them to have this special “family” experience. Dad jokes that if the batteries run down, they might actually have a conversation.

Sigh. Is this an accurate snapshot of our current culture? Rewind about 100 years.

I’m reading a book called Nothing To Do But Stay: My Pioneer Mother by Carrie Young. The author describes her life in North Dakota during the Great Depression. Her mother had acquired land as a homesteader, married and raised 6 kids on the farm. Her sisters struggled to become educated and get jobs as school teachers in local one-room schoolhouses. One particularly brutal winter, their parents found it more sensible to drop off the 18-year-old daughter, the teacher, with the two younger sisters at school and let them stay there during the week instead of transporting them back and forth through the snow drifts by horse-drawn wagon. The week turned into months. Fresh supplies were delivered every week, but these 3 young ladies spent that winter relying on their own resourcefulness for their daily life — with no electricity, simply a coal-burning furnace in the basement and a woodstove with one burner in the classroom. How is that possible? I’m sure that life was one that their parents had modeled for years.

Compare these two snapshots and imagine the changes that have swept through our country. What has “adult living” become? What do we model for our children these days? What skills are being delegated to machines or service companies or ‘experts’ that used to be more universal and personal? Besides modeling tasking skills, how do we model social and moral skills in this decade?

When more families were farming, children grew up alongside their parents and were incorporated into communal activities. They helped milk the cows, tend the garden, and make the food and clothing they all needed to live. In the 50s, when more families lived in cities and suburbs, Dad would drive off in the morning and work out of sight of his kids all day while Mom would turn on appliances to do the chores around home. The kids learned consumerism. Then the Moms left the house and went into the workforce leaving the kids in daycare. In 1992, someone came up with “Take Your Daughters To Work Day”. That was expanded to include boys a decade later. What was first perceived as a Feminist issue of role modeling was recognized as a parenting void: children had no clue how adults spent their work days.

Musing about these changes made me consider what my own children had learned from my husband and me. My daughter made a calligraphy sign when she was in High School: “My father didn’t tell me how to live; he lived and let me watch him do it.” (Clarence B. Kelland) She was 23 when her father died. What we intended to model and what she actually learned are most likely two different things. One thing I do know. She did learn to cook her own chicken. 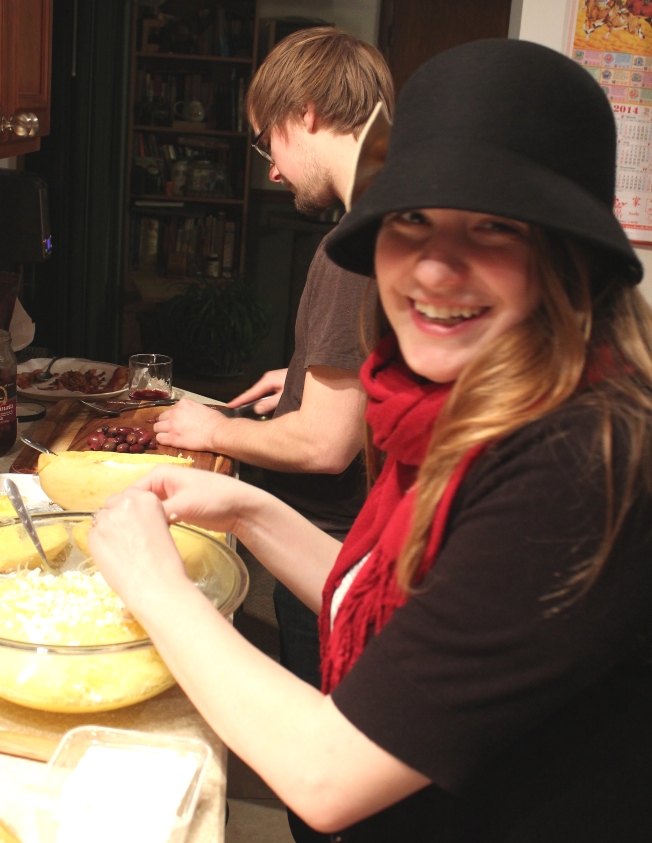 PRISCILLA GALASSO ~ started her blog at scillagrace.com to mark the beginning of her fiftieth year. Born to summer and given a name that means ‘ancient’, her travel through seasons of time and landscape has inspired her to create visual and verbal souvenirs of her journey.

Currently living in Wisconsin, she considers herself a lifelong learner and educator. She gives private voice lessons, is employed by two different museums and runs a business (Scholar & Poet Books, via eBay and ABE Books) with her partner, Steve.