Every day seems to bring news of another mass shooting or terrorist attack, close to home or across the sea.  And you can be sure there is more violence happening throughout the world that goes unreported.

Colleges, theaters, shopping malls, clinics, schools, temples and churches have been targeted by Christian Fundamentalists, White Supremicists, the mentally ill, and Islamic radicals. Even the 1999 New Year’s festivities at the Space Needle were in the crosshairs, but the would-be bomber was apprehended on the Canadian border with a carload of explosives. 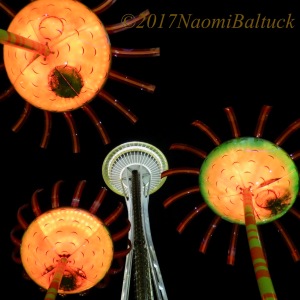 It was in 2015, just after the attack in Paris.  The French flag was flying throughout Seattle in solidarity with our grieving friends across the sea, when I first saw “Come From Away,” a musical based on a true story that happened immediately following the attack on the World Trade Center.

“September 11, 2001 was an ordinary day in Gander, Newfoundland—until it wasn’t.  Thirty-eight planes were diverted to its doorstep on that fateful day, making this small town host to an international community. The camaraderie that followed reminds us all of the power that comes from opening up your heart and your home.” 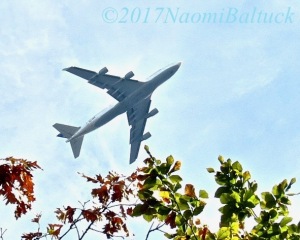 In one day the population of Gander, Newfoundland nearly doubled when 7,000 stranded travelers showed up on their airstrip on September 11th, and were invited in to be fed and housed by the residents of Gander. 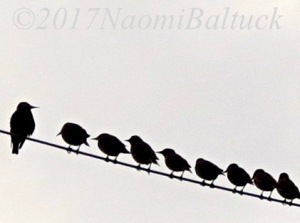 With the chain of horrific events set in motion in America on 9/11, you might think what happened in a tiny Canadian town wouldn’t matter.  But it did, and it still does.  It’s a reminder that for every senseless act of violence, there are people of all races, religions, and nationalities poised to rush in to give comfort and aid to anyone and everyone who needed it.

In “Come From Away,” there is laughter and tears, racial prejudice to overcome, relationships broken and others forged in the wake of this disaster, and music to pull together all these story threads.

It is the superpower of authors, playwrights, and screenwriters to create elemental stories that shed light upon the ills and inequities of our society–prejudice, poverty, oppression, and corruption.  Some of them find their way to the stage and screen, and from there, directly into the human heart.  They’ve changed the world, or at least our way of looking at it.  They allow us to walk in another person’s shoes, see through their eyes, and put a human face on the ills of the world.

West Side Story,  Showboat, Fiddler on the Roof, South Pacific, The King and I, Hairspray, The Book of Mormon, The Crucible, Allegiance, Angels in America, To Kill a Mockingbird, Guess Who’s Coming to Dinner, to name only a few.  Groundbreaking, courageous, and timeless.

It is a miracle–no, a blessing–that we can come from away, and after two acts and an intermission, go home with the realization that we are not alone in the world, and maybe even go home with the will to change it.

And that is our superpower.