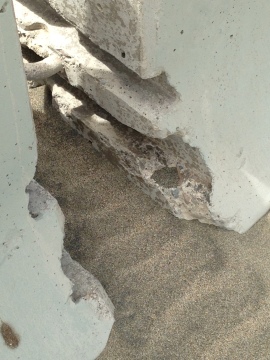 When I began to write this text I had a small difficulty in accepting the idea supported by some people, that “the imagination imitates, it is the critical spirit that creates”, and I confessed my thoughts to Jamie, who, kindly enough, allowed me to disagree with that phrase and to conceive this article the way I deemed it fit.
The reason why I needed this “freedom” was because, from my own point of view, it is the imagination that creates, that unleashes from the spheres of the unknown new things, unseen things, unthought-of-before things.

According to its official definition from the Merriam-Webster dictionary, imagination is “the act or power of forming a mental image of something not present to the senses or never before wholly perceived in reality.” That would mean that by no means does imagination imitate. On the contrary, it’s the one that facilitates and often induces the creative process. However, imagination without an objective critical eye, that would correct possible faults and improve the final outcome, does only half of the creation’s job. While I thought of this, I suddenly began to understand all the things involved by this process.
Truth be told, nowhere is man closer to God (whatever the name of God may be) than in the act of creation. In the moment when, driven by necessity, he uses his imagination, his knowledge and skill and his critical spirit to create something, no matter the essence, man reproduces, at a smaller scale, the act of the primordial creator. It is then that man experiences, either he is aware or not, the beautiful complexity of this thing, and even if some say that it’s more important to have imagination, while others lean more towards skill or critical spirit or other sides of the process, they all matter. Each one plays its equally important part – the imagination sketches the project, the skills and knowledge help achieve it. The critical spirit corrects the mistakes and perfects the outcome. The act of creation requires all these aspects in order to satisfy the primary need that triggered it, and in the end all that truly matters is the final result, the work of art.

I am sure you will find the creative process dissected in many books and on many websites. As interesting as a technical debate would be, I’m also sure that you, dear reader and creator will understand that what everybody has to keep in mind is the fact that for each person this process is different, because we, as people, are different. Of course, we can establish general rules and lines, but let’s face it, some people have an easier way of imagining the new, while others find it simpler to analyze and correct. What we all must bear in mind is that the thing we must focus upon is neither of the “tools” we use (for all those, imagination, skills, knowledge, critical spirit etc. are merely tools) but the creation itself. And above all, upon the amount of passion we invest in it – that is what truly defines us as creators :).