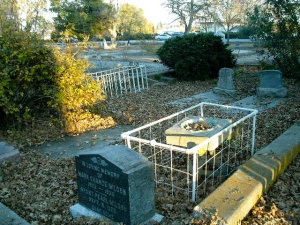 “If music be the food of love, play on” ~ William Shakespeare from “Twelfth Night”

I would add that music and song is the food of life and, sometimes, a stimulant to help us grieve. For what is grief, if it isn’t one of life’s consequences … of love?

I stole the title of this post from poet and diversely creative friend, Kona Macphee, whose inspiring daily blog “That Elusive Clarity” I contributed to in various ways four years ago, including the interview series she did – mostly with creative people, whose talents were far greater than mine – “Six Things“. Sadly this blog is no longer on line. Included as one of the daily offerings she published, was a blog post on a subject, which you might guess, is close to my heart, music. She gave it this title and as one of her offerings she cited a song that I had previously introduced to her, by one of my all-time favourite singer/songwriters, Karine Polwart. Karine is what I would call a poet on a musical stick. Her lyrics and her musicality, along with her musician brother, Steven Polwart, and musician friend from Fair Isle, Inge Thomson, who form her trio, are what has caused me to buy at least ten of her albums in the six years since I was introduced to her by a friend.

This song came out of the Darwin Song Project in 2009, at the time of the Shrewbury Folk Festival that year. It was the year which celebrated the 200th anniversary of Charles Darwin’s birth. This project was set up and included a number of notable musicians from the world of folk and roots music, including Karine, whose own contribution, “We’re All Leaving” was written about Darwin’s ten year old daughter, Annie, who tragically died at the age of only ten. Another subject close to my heart right now.

The YouTube video I’ve embedded below is not the best recording of this song, albeit it was the first. She recorded it again for her EP “Build Your Own Cathedrals” (which takes words from the song itself) and her gorgeous 2012 album, “Traces“, some of which she performed at the 2012 Shrewsbury Folk Festival. A notable track on the Traces album – for the interest of my friends in the USA – is the opening track, “Cover Your Eyes“, which has barely veiled reference to a certain Republican party candidate, who built a golf course and decimated a Site of Special Scientific Interest (SSSI) on the West coast of Scotland. I will say no more!

Enjoy “We’re All Leaving”, but keep the box of tissues close by …

I curate The Poet by Day, and am a freelance writer, poet, content editor, and blogger. The Poet by Day [jamiededes.com] is an info hub for writers meant to encourage good but lesser-known poets, women and minority poets, outsider artists, and artists just finding their voices in maturity. The Poet by Day is dedicated to supporting freedom of artistic expression and human rights. Email thepoetbyday@gmail.com for permissions, commissions, or assignments. I am also the founding editor of "The BeZine" and manage all associated actives there. Email: bardogroup@gmail.com View All Posts

4 thoughts on “Music for Mewling”