We are such stuff
As dreams are made on, and our little life
Is rounded with a sleep.

In my more optimistic and mellow moments, I sometimes reflect that, really, there are two climates at issue in the climate change / global warming debate:  the physical climate and the rhetorical climate that always accompanies the discussion.  In the former, it is imperative that human beings mitigate, and hopefully prevent, change. In the latter, it is equally imperative that change be encouraged by our refusing to succumb to the temptation to engage in ideological bear-baiting of people whose political and religious conservatism renders them irrationally skeptical of climate change. As the earth warms, it is critically important to recognize that, because we inhabit a shared planet, the rhetoric must be kept cool.

Over the years, I have become convinced initially against my will that anthropogenic — human-caused — climate change is a significant threat.  But I find that even those who accept the reality of anthropogenic climate change sometimes err on the side of optimism because our habit of thinking and speaking in human life time-scales powerfully influences the way we talk about climate change and how we perceive the associated transformations.  Our language determines our perceptions. 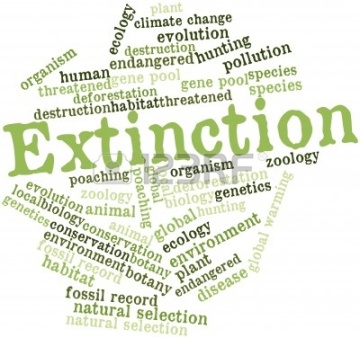 Let’s consider some actual time-scales.  How long has subspecies homo sapiens sapiens been around? The literature indicates that the best estimate of when this latest model of human being evolved — with a large brain, upright carriage, opposable thumbs, a voicebox supple enough to accommodate verbal communication, etc. — was 150,000 years ago.  But to simplify calculations, let’s use the roundest number possible that still keeps us within the taxonomic ballpark, and say (optimistically) 200,000 years ago. 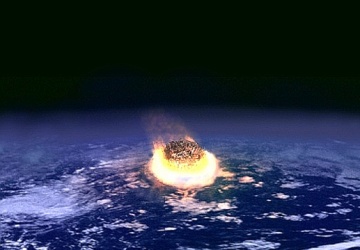 This begs an important question:  given the immensity of the geological time-scales involved in comparison to a single human life, or even several human generations, even if we were in the middle of a Major Extinction Event (an MXE), would we even know it?

I’m thinking in particular of the so-called “Late Permian (or end-Permian) Extinction” — a.k.a. The Great Dying — of 250 million years ago. During this period, all the Continents were still fused together into a mega-Continent usually called “Pangaea” (archaic Greek for “all the Earth”), and the end- / late-Permian MXE seems to have been triggered by stupendous volcanic activity in present-day Siberia (the “Siberian traps”), on a scale not seen since the initial formation of the planet.  This “primed” the climate-catastrophe pump by ejecting massive quantities of greenhouse (and other) gases into the atmosphere. Once begun, a vicious cycle ensued: the mean temperature of the planet rose initially, which resulted in the melting of methane and CO2 previously locked in ice, which perpetuated the process and caused it to become self-sustaining.

Now let’s do some calculations, just to put matters into temporal perspective.  Relative to the elapsed time for the end-Permian MXE, the human race has been around for 2 x 105 / 2.5 x 108 of the 250 million years:  about 8/100 0f 1% of that time.  So if we compress the 250 million years since the end-Permian MXE to a 365-day year, where the end-Permian MXE began on 1 January, it turns out that homo sapiens sapiens has been around for about 7 hours — say from 5 in the afternoon til midnight on 31 December.  Look at it still another way:  from the time the volcanism on the plains of Siberia started until the Great Dying was finally consummated is usually estimated to be about 100,000 years, a very brief interval of time, geologically speaking. (Although some estimates are as low as 40,000 to 50,000 years; 100,000 years, while certainly arguable and credible, is definitely in the high range.) However, if we use the real number of 150,000 years for the tenure of homo sapiens sapiens on planet Earth, the 100,000 years of the Great Dying comprises about 2/3 of the time required to establish our species. It took less time for the end-Permian MXE to destroy 90% of all life than for evolution through natural selection to establish human beings as the dominant species of earth. (And dramatically less time than that, if we use the “mid-range” 40,000-50,000-year estimates.) We have little cause to indulge any taste for species jingoism:  homo sapiens sapiens has been around only a bit longer than it took to destroy virtually all life on earth 250 million years ago. (One of the reasons the end-Permian MXE was especially lethal was because, 250 million years ago, virtually all life on earth was in the oceans. Evolution’s eggs were all in the aquatic basket, and when the planetwide ocean chemistry changed … I leave the rest to your imagination.) So, in terms of geological time-scales, human beings are an afterthought, an asterisked footnote on the final page of the great, continuously edited Book of Life. How’s that for humbling? 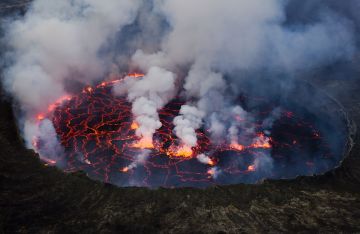 All the foregoing is on a scientific footing that, within the usual limits of experimental and observational uncertainty, has been exhaustively substantiated by literally thousands of observers over time doing literally hundreds of thousands of particular, discrete observations at hundreds of sites on Earth, and by thousands of historical, diachronic (“through time”) observations of the planet’s climate stretching back multiple millions of years.  The existence and reality of anthropogenic — “human-caused” – climate change is as firmly established as evolution through natural selection and the fact that the Earth orbits the sun. The remaining questions concern issues of detail, not substance. “Granted the end-Permian extinction occurred about 250 million years ago, did the eradication of all life on earth (i.e., mostly in the oceans) take 100,000 years or ‘only’ 50,000 years?” The only substantive problems remaining vis a vis anthropogenic climate change are purely ideological – often religious – and political, and concern how best to enlist broad-based popular support for the measures that must be taken to arrest, and hopefully roll back, global climate change.