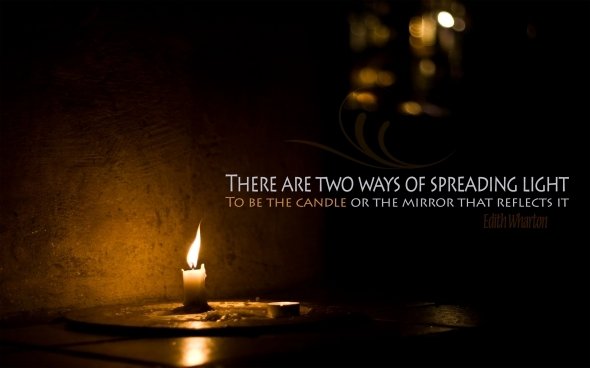 I was thinking about what to write for this month’s BeZine theme of Spirituality. Honestly, lately, I have felt anything but spiritual. It’s hard to feel a closeness to the Divine when you’re angry, or depressed about what’s happening in the world. This time of year is at least partly highlighted for spirituality because of the story of Mary and the birth of Christ, yet the stress of the holidays can be overwhelming…so many people are lonely, or forgotten, or living in poverty that it almost feels wrong to celebrate at all when such problems are so widespread. It can make a person question the existence of a benevolent God, question one’s own spiritual beliefs in the face of so much pain and suffering.

These thoughts made me pause, and it occurred to me that maybe when we’re down, or angry at the state of the world, or despairing of humanity is when we need spirituality most? For me, part of being spiritual is spreading light and love to as many others as possible; be a representative of the spirit you wish to manifest, to honor that divine spark inside. One of the most common precepts that crosses into almost every kind of spirituality or religious principles is that of Joy. And what is true laughter but an unfettered expression of joy?

In the same vein of laughter being the best medicine, I decided to look for humorous stories or jokes with a spiritual or religious bent and share them with all of you here (sources listed at the bottom). Please forgive me if you’ve read or heard them before. Perhaps after smiling for a few minutes, you’ll feel lighter and better able to deal with any spiritual challenges you might face. Maybe you’ll even discover ways to keep the flame alive and share the light with other candles. May you all have a blessed (and joyous!) holiday season. 🙂

The Christian with the gift of faith was to be executed first. He declined a hood over his head, saying he was not afraid. “I have faith God will deliver me!” he shouted. As his neck was positioned under the guillotine, he said a short prayer and waited confidently. The rope was pulled, but nothing happened. His amazed executioners believed it was an act of God and they freed the man.

The Christian with the gift of prophecy was next, and he also refused the hood. “I am not afraid to die,” he said as he was positioned under the blade. “But I predict God will deliver me from this guillotine!” The rope was pulled and again, nothing happened. The puzzled executioners assumed it was a miracle and freed this man too.

The third Christian – the man with the gift of helps – was next. He likewise refused the hood. “I’m just as brave as those other men,” he said. So the executioners positioned him, face up, under the guillotine. They were just about to pull the rope when the man stopped them.

“Hey, wait a minute,” he said. “I think I just found the problem with your guillotine!”

2) Zen Koans for the Internet Age

• If an anonymous comment goes unread, is it still irritating?

• What is the sound of no hands texting?

• If nobody likes your selfie, what is the value of the self?

• To see a man’s true face, look to the  photos he hasn’t posted.

While walking down the street one day a US senator is tragically hit by a truck and dies.
His soul arrives in heaven and is met by St. Peter at the entrance.
“Welcome to heaven,” says St. Peter. “Before you settle in, it seems there is a problem. We seldom see a high official around these parts, you see, so we’re not sure what to do with you.”
“No problem, just let me in,” says the man.
“Well, I’d like to, but I have orders from higher up. What we’ll do is have you spend one day in hell and one in heaven. Then you can choose where to spend eternity.”
“Really, I’ve made up my mind. I want to be in heaven,” says the senator.
“I’m sorry, but we have our rules.”

And with that, St. Peter escorts him to the elevator and he goes down, down, down to hell. The doors open and he finds himself in the middle of a green golf course. In the distance is a clubhouse and standing in front of it are all his friends and other politicians who had worked with him.

Everyone is very happy and in evening dress. They run to greet him, shake his hand, and reminisce about the good times they had while getting Rich at the expense of the people.
They play a friendly game of golf and then dine on lobster, caviar and champagne.

Also present is the Devil, who really is a very friendly guy who has a good time dancing and telling jokes. They are having such a good time that before he realizes it, it is time to go. Everyone gives him a hearty farewell and waves while the elevator rises…

The elevator goes up, up, up and the door reopens on heaven where St. Peter is waiting for him.

So, 24 hours pass with the senator joining a group of contented souls moving from cloud to cloud, playing the harp and singing. They have a good time and, before he realizes it, the 24 hours have gone by and St. Peter returns.

“Well, then, you’ve spent a day in hell and another in heaven. Now choose your eternity.”

The senator reflects for a minute, then he answers: “Well, I would Never have said it before, I mean heaven has been delightful, but I think I would be better off in hell.”
So St. Peter escorts him to the elevator and he goes down, down, down to hell.
Now the doors of the elevator open and he’s in the middle of a barren land covered with waste and garbage. He sees all his friends, dressed in rags, picking up the trash and putting it in black bags as more trash falls from above. The devil comes over to him and puts his arm around his shoulder.

“I-I don’t understand,” stammers the senator. “Yesterday I was here and there was a golf course and clubhouse, and we ate lobster and caviar, drank champagne, and danced and had a great time. Now there’s just a wasteland full of garbage and my friends look miserable. What happened?”

The devil looks at him, smiles and says, “Yesterday we were campaigning. Today you voted.”

A little girl was talking to her teacher about whales.

The teacher said it was physically impossible for a whale to swallow a human because even though it was a very large mammal its throat was very small.

The little girl stated that Jonah was swallowed by a whale.

Irritated, the teacher reiterated that a whale could not swallow a human; it was physically impossible.

The little girl said, “When I get to heaven I will ask Jonah”.

The teacher asked, “What if Jonah went to hell?”

The little girl replied, “Then you ask him”.

The man traveled for a long time through some mountains. Soon he was heading towards a cliff. He could not for the life of him remember the word to make the donkey stop. “Stop”, said the man. “Halt!”, he cried. The donkey just kept going. “Oh, no…’Bible!…Church!…Please Stop!!“, shouted the man. The donkey just began to trot faster. He was getting closer and closer to the cliff’s edge. Finally, in desperation, the man said a prayer…“Please, dear Lord. Please make this donkey stop before we go off the end of this mountain, In Jesus name, AMEN”.

The donkey came to an abrupt stop just one step from the edge of the cliff.