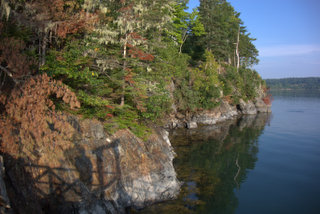 Last night was unseasonably hot and humid, making sleep illusive. Sometime after two this morning, a thunder storm passed slowly through, pushing the humidity away and bringing in a gusty and cool northwesterly breeze, and relief.

The past few weeks have witnessed a massive gathering of Native people from many tribes, and their allies, to stop construction of the proposed $3.8 billion Dakota Access pipeline. The gathering, which mainstream media have labeled “a protest,” is an attempt to protect both sacred lands and the planet. It is the latest example of a clash of cultures and worldviews that constitutes an immense divide between worlds. One one side are Indigenous people, and their allies, who understand the land to be alive and attentive; on the other side are governments and industries who deny the land has any consciousness, and who place short term economic gain above the value of treaties or the welfare of the planet.

As I thought about this post, I found myself thinking back to reading the early books of Carlos Castaneda. I first read Castaneda in my early twenties, and was captivated less by his use of psychedelics than by Don Juan’s insistence that places are holy and powerful. I was also fascinated by Castaneda’s total inability to understand place; I’ve wondered since whether Carlos was playing with us, making fun of the dominant European culture’s refusal to grant place awareness, choice, or power.

A while back I found myself in conversation about Castaneda, who remains a highly controversial figure. While he is revered by some, others perceive him as a charlatan, or worse, as a violent cult leader. I am reminded that Barbara Myerhoff, one of the most respected anthropologists of her generation, and a friend of Castaneda, firmly insisted he had indeed trained with a shaman. She also laughed when Castaneda appropriated her stories of shamanic training for use in his books; Carlos, she thought, was the consummate trickster. Unfortunately, Myerhoff died of breast cancer young, and was not around to witness, and comment on, Castaneda’s later writing and behavior.

I was raised to understand that places have the capacity to heal us. They may also hold us, offering safety and comfort, and, as Don Juan famously said, power. In our age of placelessness, this may seem an odd idea indeed, yet it is the knowledge given by my teachers, and my life experiences. I was taught  that we may journey to sacred places, in body or spirit, and ask for aid for self or others, and that seemingly insignificant locales can hold immense power, which they can choose to share, or not.

Without rootedness in place, we cannot understand the true nature of the world, nor our belonging within it. Yet, those who are driven by greed would prefer us to be placeless, to be without spirit or connection, and thus be good consumers of that which does us harm. They take umbrage when we resist their invitations to see the world as lifeless. We are, it would seem, engaged in a battle for our very souls.

It no longer matters to me that some dismiss our understanding of place as mere superstition. In the end experience is the great teacher, showing us what is of value in our lives. Through living I have come to understand that places are good to visit and to build relationships with. In life, we may return to place, offer gratitude, and find renewal; at death, we may revisit beloved places, and say farewell before we head off to whatever adventures await. Without place, we are indeed lost.

2 thoughts on “The Power of Place”