Note: On our (The Bardo Group and Beguine Again, publishers of The BeZine) 2015 Facebook Page for 100,000 Poets for Change, we’ve been discussing poverty, which is our theme for September. I’m sharing some of the conversation there. If you’d like to join us on Facebook, please let us know. All are welcome. For the September 2015 issue of The BeZine, we’ll be exploring poverty and on September 26, we’ll hold our virtual event and we invite reader participation. Instructions will be in our blog that day. Links to everyone’s work will be collected and posted as a Page and also incorporated into a PDF that will be archived at 100,000 Poets (writers, artists, photographers, musicians and friends) for Change; i.e., peace and sustainability. 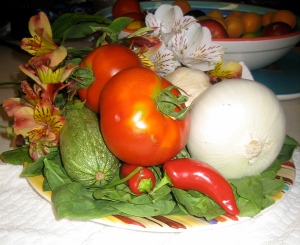 Thanks to Terri Stewart (Beguine Again) and Michael Dickel (Fragments of Michael Dickel) for encouraging thought and discussion around poverty and homelessness. How about exploring poverty and hunger, often referred to these days as “food insecurity?” (Better, I think, to call it by its true name.)

One question, for example: How do our consumption patterns contribute to hunger? We first started thinking about and taking action on this (those of us who have been around long enough) with the publication of Frances Moore Lappe’s Diet for a Small Planet in 1971 in which she explored the roots of hunger, poverty and environmental crises.

Here is part of an overview of the UN’s 1998 report on inequity in consumption courtesy of Anup Shah of Global Issues :

“Today’s consumption is undermining the environmental resource base. It is exacerbating inequalities. And the dynamics of the consumption-poverty-inequality-environment nexus are accelerating. If the trends continue without change — not redistributing from high-income to low-income consumers, not shifting from polluting to cleaner goods and production technologies, not promoting goods that empower poor producers, not shifting priority from consumption for conspicuous display to meeting basic needs — today’s problems of consumption and human development will worsen.
… The real issue is not consumption itself but its patterns and effects.
… Inequalities in consumption are stark. Globally, the 20% of the world’s people in the highest-income countries account for 86% of total private consumption expenditures — the poorest 20% a minuscule 1.3%. More specifically, the richest fifth:
Consume 45% of all meat and fish, the poorest fifth 5%
Consume 58% of total energy, the poorest fifth less than 4%
Have 74% of all telephone lines, the poorest fifth 1.5%
Consume 84% of all paper, the poorest fifth 1.1%
Own 87% of the world’s vehicle fleet, the poorest fifth less than 1%
Runaway growth in consumption in the past 50 years is putting strains on the environment never before seen.”
— Human Development Report 1998 Overview, United Nations Development Programme (UNDP) — Emphasis Added. Figures quoted use data from 1995

Here is some of the discussion that followed. Please add your own thoughts in the comments section below.

“There was a report by Oxfam, a couple of years ago I think, that produced even more extreme statistics regarding the very small percentage of those who own the vast majority of the world’s assets! I shall have to dig it out.”  John Anstie

“interesting and arresting….but let’s not forget waste….have you ever seen what supermarkets throw away each day? It’s criminal.” Jacqueline Dick

“In a number of urban areas, groups collect “waste” from groceries and even restaurants to distribute to those in need. It should be done more widely. And, for the environment, what is beyond salvage should be composted, not tossed into landfills or incinerators.” Michael Dickel

“I wonder how many of us are vegan or willing to go go vegan because land used to feed and raise meat and poultry can be put to better use – and more environmentally sound use – to sufficiently feed the earth’s population on plants? Lappe first brought this to our attention in ’71 followed by many others including John Robbins and Will Tuttle*. There is sufficient body of study to support this, which along with animal cruelty and human health is driving the trend to plant-based food consumption.” Jamie Dedes

* If people don’t have enough to eat, don’t have clean water, and don’t have employment, their anger will foster hostilities. So, for those who feel disconnected from hunger issues because it’s not in front of them and they have enough to eat, I would submit that in the interest of self-preservation world hunger needs to be faced and addressed compassionately and pragmatically.  I don’t know how many people outside the vegan community are familiar with Will Tuttle’s work.  Dr. Tuttle is professional pianist and composer, he’s an eloquent spokesperson for the vegan imperative.  I strongly recommend his book The World Peace Diet: Eating for Spiritual Health and Harmony.

The reference to “Earthlings” in the video is about the movie, which I reviewed in 2011 and which I have scheduled to post here tomorrow.

May all sentient beings find peace.

Editor’s note: This evening we celebrate Valentine’s Day by demonstrating our love and concern for planet Earth. Directions for linking your post are at the bottom of this evening’s post.

How many of you are aware of your carbon footprint?

HERE is a handy-dandy calculator for those of you who don’t know but would like to.

How many of you consciously try to make less of an impact on the amount of things you consume and the subsequent amount of trash you generate?

HERE is an easy sheet to fill out to get a general idea. Of course, it takes a bit of work to sort the things you throw out in one day.

Being aware of it is enough to give anyone pause in this day and age. The amount is staggering. Truly. Unfortunately, there is just no getting away from trash. Every person creates some, and those of us fortunate enough to live in non third-world countries (hell-bent on rampant consumerism) produce more of it than others. A LOT more of it. Recycling is great and I encourage anyone and everyone to do what you can! But it’s not enough; there is SO much more that needs to be done!

Do you know about the Great Pacific Garbage Patch? How about the North Atlantic Garbage Patch? Well, guess what? These aren’t the only ones. There are FIVE of these “islands” between the U.S. and Japan! These are basically gigantic islands of plastic and man-made debris waste that have collected over the years from both land-based and sea-based human pollution. The one in the Pacific alone is estimated as twice the size of Texas with a mass of roughly 100 million tons. Think about that number for a minute: 100 million TONS. And it gets larger every year.

“It was and is a thin plastic soup, a soup lightly seasoned with plastic flakes, bulked out here and there with ‘dumplings’: buoys, net clumps, floats, crates, and other macro debris.”
– A quote from the book,
Plastic Ocean, by Captain Charles Moore

“Remember, plastic doesn’t biodegrade, it only gets broken down into smaller and smaller bits of plastic, and if you’re in the Pacific it all ends up getting pushed into this massive floating garbage pile. ” – Planetgreen.discovery.com

Are you upset yet? Angry? Are you more aware now?

In June, I will be joining with the Ocean Conservancy to do my best to be “trash free” for 30 days. It won’t be easy and I probably won’t succeed 100%. But I’m going to try. I invite all of you to join with me and take the Trash-Free Challenge. 🙂

Here are some things you can start doing NOW to help keep your trash out of the ocean(s). For those of you already doing your part, THANK YOU!!! 😀 I believe in the power of 1+1 into infinity = anything is possible. Together, we can all make a difference. It’s the only planet we’ve got…there is no “Plan”-et B. It starts with you and me.

What Can Be Done?

Plastics are so integrated into so many people’s daily lives that this is clearly a global problem. Change needs to happen through awareness and education. Start with yourself. Evaluate your daily routine and assess exactly what you use plastic for, and more critically, what plastics are you throwing out every day? Systematically try to minimize the amount of plastic that you use and throw out. Here are some ideas to help.

From the Ocean Conservancy site:

About dragonkatet Regarding the blog name, Dragon’s Dreams ~ The name comes from my love-affairs with both Dragons and Dreams (capital Ds). It’s another extension of who I am, a facet for expression; a place and way to reach other like-minded, creative individuals. I post a lot of poetry and images that fascinate or move me, because that’s my favorite way to view the world. I post about things important to me and the world in which we live, try to champion extra important political, societal and environmental issues, etc. Sometimes I wax philosophical, because it’s also a place where I always seem to learn about myself, too, by interacting with some of the brightest minds, souls and hearts out there. It’s all about ‘connection(s)’ and I don’t mean “net-working” with people for personal gain, but rather, the expansion of the 4 L’s: Light, Love, Laughter, Learning.

We invite you to join your voices with Corina and the other members of The Bardo Group by linking one of your own post’s on nature and its beauties, environmental protection, animal welfare (which is Earth welfare too), global warming and so on. The work can be anything essay, video, music video, poem, photography, photo essay, art or craft. At the bottom of this post you will find Mister Linky. Click on it to paste in the url to your post. It does not have to be a new or recent post, just one that is in the spirit of this event. Jamie will visit and comment and we hope that you will all visit one another to comment and support and connect. Thank you!