For those who are not familiar with this holy day …

“Rosh Hashanah (Hebrew: רֹאשׁ הַשָּׁנָה‎, literally “head of the year”) is the Jewish New Year. The Biblical name for this holiday is Yom Teruah (Hebrew: יוֹם תְּרוּעָה‎, literally “day [of] shouting/raising a noise”) or the Feast of Trumpets. It is the first of the High Holy Days or יָמִים נוֹרָאִים Yamim Nora’im (“Days of Awe”) which usually occur in the early autumn of the Northern Hemisphere. Rosh Hashanah is a two-day celebration, which begins on the first day of Tishrei. Tishrei is the first month of the Jewish civil year, but the seventh month of the ecclesiastical year.” MORE [Wikipedia]

In the spirit of peace, respect and community,

The Bardo Group and Beguine Again 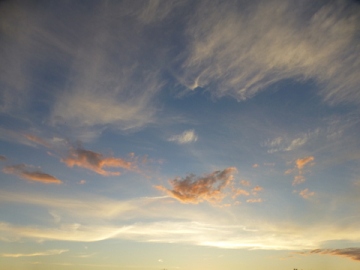 We are a Jewish-Native household and events in the Middle-East have deep resonance for us. For the past two weeks we have watched and thought about the fighting in Gaza, our sadness, and sense of helplessness, growing daily.

Of course, it is impossible to know, with any certainty, the truth of things. Propaganda is unleashed by both sides. Still, there is something terribly familiar about the one-sided nature of the conflict. The history of the U.S., like that of Palestine, is usually told from the view of the dominant power. From our Indian perspective, the story is vastly different from that told in most history books.

We watched as the colonial powers invited landless Europeans to emigrate, and forced criminals and others who were disenfranchised to do so. Thus, they created an ever-growing hunger for land, a tidal wave that would eventually sweep over us.  We were under constant pressure to move West, and to relinquish our ancestral lands. The colonists made promises and gave us land that would be ours “forever”. Then they brought in settlers who lived in enclaves, always encroaching on our land. When our people attempted to defend the land the colonial powers had seeded to us, the colonial government made war against us. They killed our children and elders, and raped and murdered our women. They sought to destroy our cultures by stealing the land, our traditional knowledge and life-ways, and our children. Because we hold this knowledge, many of us remember, and observe remembrance of, the Shoah, the Holocaust, and acknowledge our kinship with those who were the victims of that genocide.

Let us remember that, like the Jews who made their way to the Holy Land, many of those early emigrants to our lands were the dispossessed. The British attempted to depopulate Ireland, Scotland, and Wales. They used war, famine, and desperation to drive people from their traditional lands. They employed “Acts of Enclosure” to force their own people to flee to the cities, hungry and destitute; many families eventually found their way to our lands.  Because they understood colonialism and genocide, because they understood trauma, many of these early immigrants married Native people. But soon, propaganda, hunger, greed, and the rising tide of immigration overwhelmed us.

Although they had killed ninety-nine percent of our people, forcing us to live on tiny reserves, starving and desperate, they continued their attack. They banned hunting, and our drums and our ceremonies, the heart of our cultures. This is not ancient history, it continues, as governments grab what little land we retain and willy-nilly destroy our sacred sites. It continues as Non-Natives rape and murder our women, and jail our young people, in vastly disproportionate numbers. When I see destruction of olive groves in Palestine, and hear reports of the rape of women and the murder of children, I am reminded of this. When I see the Bedouins forced into reservations, their traditional nomadic life forbidden to them, my heart breaks in recognition.

This is an old story. Those with superior numbers and weapons take land from people who have lived in a place for untold centuries. They use resistance to their domination as an excuse to make war on the people. As they do so, they often target children, women, and elders. Too frequently, women are raped and/or killed, children are murdered or traumatized, the land that feeds the stomachs and culture of the people is stolen. Thus the future of the people is threatened. These are acts of genocide. We cannot remain silent when we witness them. Our ancestors lived through this. They remember and whisper their experience in our minds. They are always with us, and they do not forget.

This post was originally shown on Dreaming the World.

MICHAEL WATSON, M.A., Ph.D., LCMHC (Dreaming the World) ~ is a contributing editor to Into the Bardo, an essayist and a practitioner of the Shamanic arts, psychotherapist, educator and artist of Native American and European descent. He lives and works in Burlington, Vermont, where he teaches in undergraduate and graduate programs at Burlington College,. He was once Dean of Students there. Recently Michael has been teaching in India and Hong Kong. His experiences are documented on his blog. In childhood he had polio, an event that taught him much about challenge, struggle, isolation, and healing. 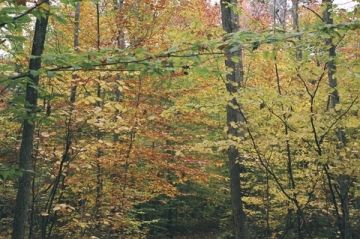 Last night we went to the synagogue for a healing service and to recite selichot in preparation for Rosh Hashanah. During the service one of the Rabbis told a story about the Seer of Lublin, a Hasidic Master who lived from 1745 to 1815.

Briefly the tale is this. A Hasid travels some distance to see The Seer who looks at him and tells him that since he (the visitor) is to die that night, he should go to a hotel in a nearby village to do so. The Seer explains that as it is the Sabbath a dead body in his house would create enormous problems. The man dutifully sets off for the village, only to meet a cart filled with Hasidim on their way into Lublin to spend the Sabbath with The Seer. They ask him why he is going in the WRONG DIRECTION, and he explains that the Rabbi has sent him away to die. The Hasidim respond that if he is to die he should certainly come with them so as not to die alone. He climbs into the cart and they set off for the city. Soon the men ask our tired journeyer, seeing as he obviously has money, to buy spirits to keep them happy and warm on the trip. He complies and soon all are happily singing and swapping tales. As they travel towards the city our Hasid is heaped with praise, blessings, and hopes for a long a prosperous life. When finally the crew arrives back at the Rabbi’s house, the Rabbi looks at our traveler and says, “Oh, you are indeed lucky. The blessings of your fellows have warded off Death.” It is said the man lived well for several more years.

Having told the tale, the Rabbi spoke to the power of blessing. She assured us she was not convinced blessing another has power in itself, and express concern about magical thinking. She was more certain that gathering in community opens the door to healing. She also spoke about what she saw as shamanic elements in the story. I have long considered the best Hasidic Rebbes to be shamans. Indeed, in many texts The Seer is portrayed as a great shaman, as are many of the best Hasidic Rebbes. After all, he can see the future, determine whether something is fated, and utilize whatever wiggle room is available to aid the members of his extended community to a different fate.

Today I’ve been thinking about the story, as well as the service. It seems to me The Seer saw a way to awaken the Wise Healer within the traveler. Perhaps he knew the man would meet fellow Hasids on their way into town, as The Seer’s congregation was far-flung, yet united in the task of reaching the Rabbi’s home before darkness and the beginning of the Sabbath. Maybe he felt secure in the likelihood his congregants would never let a fellow Hasid die alone.  Maybe he, like the founder of Hasidism, The Baal Shen Tov, could, through the good graces of All That Is, intervene directly in the man’s fate. We do not know, and that, too, is part of the mystery and the story.

So this evening we begin the Jewish High Holy Days, the time of remembrance, atonement, and forgiveness, a time we are invited to thoughtfully consider our individual and communal lives. Although I am not Jewish, the rest of our household is, and over the years this time of year has become dear to me. Like the Rabbi I, too, have doubts about magical thinking. Yet, I also believe in the power of compassion, prayer, and joy to awaken the Healer Within persons and communities. Luckily, we have these stories, arising from many traditions, to remind us of our connection to the Creator, one another, and the larger world.

© 2013, essay and photographs (includes the one below), Michael Watson, All rights reserved

MICHAEL WATSON, M.A., Ph.D., LCMHC (Dreaming the World) ~ is a contributing editor to Into the Bardo, an essayist and a practitioner of the Shamanic arts, psychotherapist, educator and artist of Native American and European descent. He lives and works in Burlington, Vermont, where he teaches in undergraduate and graduate programs at Burlington College,. He was once Dean of Students there. Recently Michael has been teaching in India and Hong Kong. His experiences are documented on his blog. In childhood he had polio, an event that taught him much about challenge, struggle, isolation, and healing.