‘What did I do to be so black and blue?’
– Fats Waller song.

Racism remains endemic to twenty-first-century America. Its origins can be traced back to the days of slavery. Its repercussions reverberate throughout today’s society with African-American people today earning less than white people on average, and the increasing militancy of the police towards black citizens.

Both American and international public were appalled by the black church shooting in June 2015 in Charleston, South Carolina, where nine people were shot and killed in a hate crime. Once a bustling seventeenth-century slave port with its ruling plantation aristocracy, it seems that little in the way of race relations in Charleston has changed except that slavery is now illegal. Though none of the 73 lynchings that took place in the state of South Carolina between 1882 and 1900 happened in Charleston, this is not to say that the city was not and is not segregated and unequal.

Yet during the 1890s Charleston was the home of a band of young African-American musicians, led by a black Minister, whose lives were not limited by racism in the repressive and violent Jim Crow South. Many of these musicians are big names in the Jazz world today – Cat Anderson, Freddie Green, Jabbo Smith, and Julian Dash, to name just a few. Race relations and music are inextricably interlinked in the US South and many powerful links between the two are to be found if you look beneath the surface of racism. 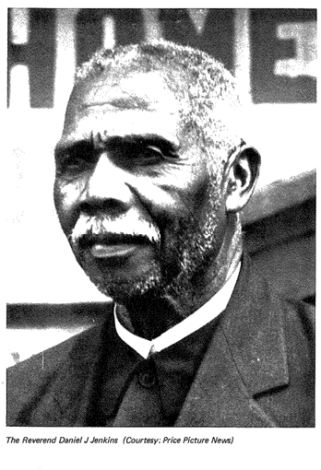 Reverend Daniel Jenkins was the Pastor of the New Tabernacle Fourth Baptists church, and owned a timber business in Charleston. One evening in December 1891, Jenkins was stacking wood when he discovered four black orphans huddled underneath, hiding from the cold bitter weather. Jenkins took them into his home, despite having four children of his own and his wife to feed. As more black orphans, boys and girls, arrived at his home, he wished to establish something more permanent.

Jenkins rented 600 King Street for a short time as a makeshift orphanage, and the state granted him a charter to start the Orphan Aid society in July 1892. The city of Charleston had donated to the white Charleston Orphan House, the first municipal orphanage in the US opened in 1790, for over a century, and Jenkins hoped they would assist him. Yet the council only donated a meagre one-off $50 donation.

Unsurprisingly, the orphanage remained underfunded by the city, while the two white orphanages were supported generously. In 1900 the state spent five times more on white education than it did on blacks, and by 1915 this spending difference had increased to 12:1 in favour of white education. Reverend Jenkins had to find the money to look after his ‘black lambs’, as he referred to them, in a more creative way.

His response was to appeal to the people of Charleston to send unwanted instruments to the orphanage, with the aim of hiring musicians to teach the children how to play so they could earn money by busking. The children’s ill-fitting uniforms were castoffs from the South Carolina Military College taken out of a rubbish bin. Jenkins himself described how ‘little fellows are swallowed up in large coats, and large boys squeezed into small ones.’
Jenkins hired ‘Hatsie’ Logan and Francis Eugene Mikell to teach music. Over time Jenkins and these teachers came to use the musical training of the children to self-fund the Orphanage, lessening their reliance on charitable donations and white sympathies.

Jenkins was greatly influenced by the racial uplift views of Booker T. Washington and his Tuskegee Institute, and wanted his orphans to have similar practical skills that would give them a chance of earning a career. One Jenkins graduate, Tommy Bedford, recalled how the orphans learnt shoe-making and tailoring in the fashion of Washington, but were taught how to read music before anything else. Orphanage resident Elizabeth Carter revealed:

We really used to enjoy being around each other at Jenkins Orphanage, especially playing music. When the teachers were around, we would play the music as it was written on the board, just like they had taught us. But at night, we would have a jam session like you wouldn’t believe!

Orphanage life was not easy. William ‘Cat’ Anderson, who went on to play trumpet with Duke Ellington’s Orchestra in the 1940s, recalls how one teacher brought a brick into class and said he would throw it at the first boy who made a mistake.

Yet the orphans that Jenkins raised were saved from a life on the streets that might well have included crime and violence, and they took on a new identity that was both African and American. Throughout his lifetime, Reverend Daniel Jenkins moved his society and his orphans towards progress and self-help. The Jenkins Orphanage Band encouraged white people’s interest in black music, and formed intimacies between the races even during an age of segregation. As a black man playing to the white supremacist system, in the face of racism Jenkins successfully used the social uplift philosophies of Washington and new black leaders to create an institute which gave young black children a future to live for. He used the fear of black crime to encourage white donations, utilised the musical training of the children to largely self-fund the orphanage, and helped create an innovative musical style through the African traits of syncopation and improvisation inherent in the children’s genes. No other southern black American orphanage of its time produced as many outstanding musicians. This has been sadly overlooked in the wake of New Orleans’ Jazz recording industry. The band’s popularity ensured black music was heard and not dismissed in a white world.

Charleston hangs onto its past, its antebellum days as the most important southern seaport. It has a terrible history of slavery, of great pain and racial repression, yet the musical and social legacy of the Jenkins Orphanage and its director gives them something to be very proud of. Found hiding in Charleston’s dusty archives and amongst the memories of its charming backstreets is its great history of music and hope. Burton Peretti is correct in asserting ‘the story of Jazz’s rise in African-American culture [is] a triumph within an unexpected tragedy.’ Daniel Jenkins’ triumph for the good of black society against the tragic backdrop of the Jim Crow South should not be forgotten in the wake of today’s tragedies.

And to round things off, please enjoy this delightful piece from the band in 1928 …

Emily graduated with a Bachelor of Arts degree in History in July 2016 from Newcastle University. Her main interest lies in American social and cultural 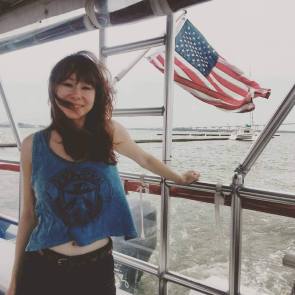 history, in particular how themes of music and race intersected in the Southern States of nineteenth-century USA. During the summer of 2015, Emily travelled down the East coast of America, researching the Jenkins Orphanage Band, the core of which formed her undergraduate dissertation. Also a member of and volunteer with the human rights organisation Journey to Justice, Emily sings in the chamber choir, Fox Valley Voices, and in a mixed voice barbershop quartet, Needle & Fred. She has a love of music and theatre.