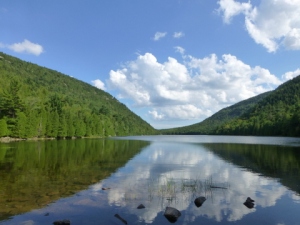 Yesterday was lovely, bright and warm. Right now, we have heavy snow, and the trees in the forest outside our door are coated. In a day or two, temps will be 60F and the maple sap will be aboilin’. Must be we are in the month of March.

Folks who know me will likely tell you that I am quite fond of the Natural World, and learn what I can about how it works. As a young person, this fascination with Pachamama and the ways we humans interact with her many facets resulted in me doing doctoral work in environmental studies and anthropology. Along the way, I visited many green places and accrued a good many field guides and related books.

One of the joys of being in wild places is the opportunity to meet non-human beings. Of course, this is not without risk. A couple of years ago we were walking in a jungle park in Kerala, India, when we came upon a branch lying atop the sidewalk. I was about to step over it when our guide told me to stop. The branch was a marker: on the other side of that branch were tigers and bandits! How marvelously liminal: in one step we could go from civilized wilderness to real wilderness with all of its unknows and dangers!

There are, I think, many forms of wilderness, most of which lie outside our cultural definitions of such. One in particular has my attention as I write: if I were to really get to know you, I would no doubt find that you possess an unfathomable depth, a wildness that is both raw Nature and your nature. In order to know you at that depth, I must be willing to be in relationship with you as you are.

Somewhere in our library there is a book that portends to explain the meaning of a great many animals that may appear to us in dreams or visions. The visage and meaning of each animal, including amphibians and birds, is given to us by author in a direct, succinct manner.  Each species is presented as an archetypal image, and given a tidy definition.

The book was recommended by a traditional teacher many years ago. Being a dutiful student, I went right out and bought it. I was already well into middle age and remember making that purchase with considerable trepidation. I brought the volume home, opened it, and, apparently visibly cringing, began to read.

Sure enough, my worst expectations were confirmed. While the descriptions of the animals were fair, the author’s project, to carefully define the meaning of each, seemed painfully reductionist. I’ve often wondered why my teacher recommended the book. I remind myself that he was a trickster and probably just wanted to make a point. Point made!

I have met a fair number of animals in my life: cats and dogs, crows and ravens, mud puppies and frogs, deer, turkeys, and coyotes.  I’ve also met quite a few very helpful plants. Not one of those living, breathing beings was like the others in its species!

One of my dear friends, an aging Medicine woman who sprints circles around me, has several friends who happen to be crows. Each responds to the name she has given it, and each has a totally unique relationship with her. As I don’t spend time with them, I have trouble telling them apart. Not her! (Truth be told, they are not all that interested in me anyway.)

In my twenties, a vision came to me while I was visiting friends on on a reservation in California. In the vision, I watched the Amazon basin turn brown and be covered in ice. I was terrified and heartbroken; only later, after spending time in the Amazon, would I realize that I had been visited by the being of an entire ecosystem.

When a being comes in a vision, dream, or everyday encounter, they come primarily as a self, and only then, sometimes, as what one might call an archetype. (The magpie, river, or forest that appears in one’s dream is first, and foremost, an individual magpie, river, or forest.) The being, whether Ancestor, plant, animal, weather, or spirit, appears, offering relationship. Along with that offer might come information, guidance, or healing, but the first focus is on relationship.

Oh, sure, that magpie might well also be Magpie, a representation of the species, and therefore totemic or archetypal, but she is primarily a person. I can tell you that it is an odd, unsettling, even enraging, experience to be asked, as a Native American raised in the pan-Eastern Woodlands tradition, to speak for all Natives. I personally do not like being reduced to a stereotype, even an archetype one. Truth is, I can only speak for myself, although, I may still be helpful.

I believe we are best served by allowing individual animals and plants to teach us what they will, and that we humans make an enormous mistake when we reduce individuals to species, and species to archetypes. Such reductionist thinking erases the possibility of real relationship, and diminishes our grasp of Life’s complexity, as well as our opportunities for healing. Next time a creature approaches you, consider pausing, noticing its individuality, and asking how you might be of service. The answer might surprise you, and you just might make a new friend.

16 thoughts on “The Gift of Relationship”