Many years ago my daughter came home from kindergarten and told me, “Michelle said a bad word at school today.”

“Ohhhh.”  Subject matter we don’t want our kids learning in school.  “Do you know what it means?” I asked.

My five year old flashed me an I-wasn’t-born-yesterday look, and said, “It means stupid.”

I heaved a mental sigh of relief, and exercised my Superpower Poker Face to keep from laughing.  “Do the kids say any other bad words?”

My daughter solemnly nodded.  “The ‘H’ word,” she said.

“Help me remember what that stands for.”

I was a storyteller long before I had kids, and understood the power of words. That didn’t prevent me from indulging in colorful language, mostly offstage. But when my first child was born, I determined to turn all my verbal toads and snakes into rubies and pearls. 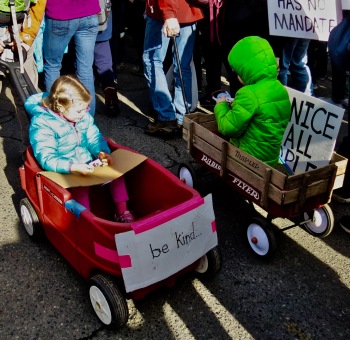 Just as I saw the world anew through my children’s wondering eyes, I listened through their innocent ears.  I saw how words loaded with negativity seep into the consciousness like toxins into groundwater.  At our house, everyone was encouraged to speak their minds, using language constructively, not to hurt or humiliate.

When my little innocents toyed with the word ‘hate,’ I explained that some words aren’t naughty but are powerful, and must be saved for emergencies or they lose their power.  Just like with TV violence or antibiotics, excessive use results in an unhealthy immunity.  Hate was a word rarely heard in our house.  But since the election, that and many other ‘H’ words have come into common usage all over America.

H is for Harassment. 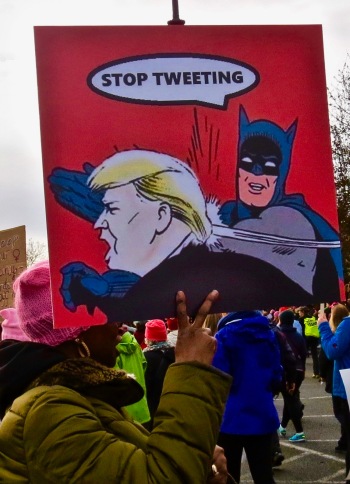 H is for Homophobic.

H is for Hitler, for Holocaust, for He-Who-Shall-Not-Be-Named, that Haughty Hot-Tempered Hypocrite who is Hijacking our Homeland to Hell in a Hand-basket.

A great man once said that a house divided cannot stand.  Inciting fear and hatred is the traditional means of dividing a people and strengthening a power base. Every day the Republicans implement new policies legalizing the persecution and diminishing the rights of people based on race, religion, gender, sexual orientation, national origin, and socio-economic status.

H is also for heartsick, which is how the majority of US citizens feels as American ideals are trampled and tossed aside.  So last January 21st, here in Seattle, in solidarity with people throughout America, and on every continent in the world–even Antarctica–we donned our pussy hats and marched. 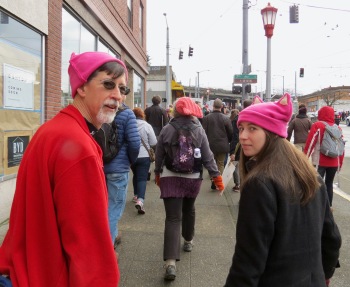 It buoys the spirits to walk shoulder to shoulder with 135,000 like-hearted people…

…in a crowd stretching farther than the eye can see.

People protested against the Republican threat to freedom of speech, freedom of religion, and equal justice for all.

Even those who had never been politically active took to the streets. 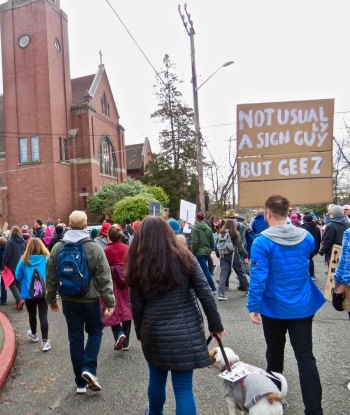 These were people who weren’t afraid to speak up and speak out. 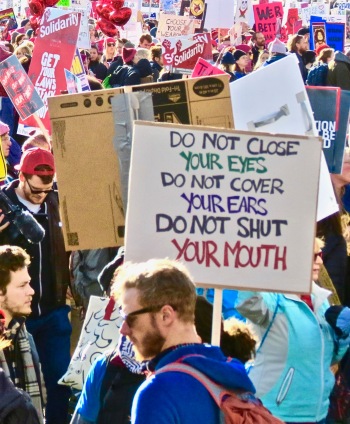 People who cared about the greater good.

People for whom the ‘H’ word is Hope. 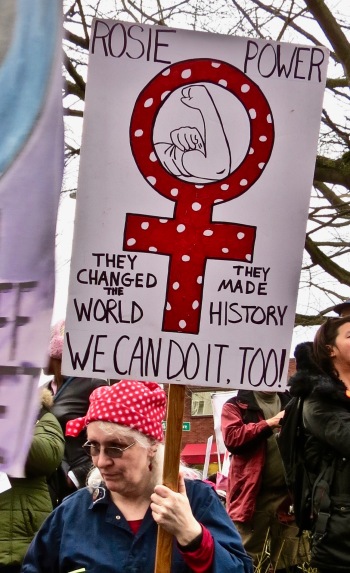 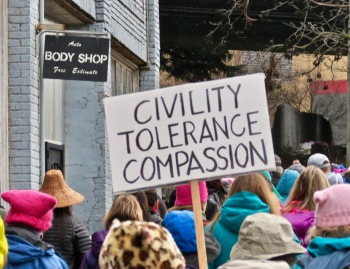 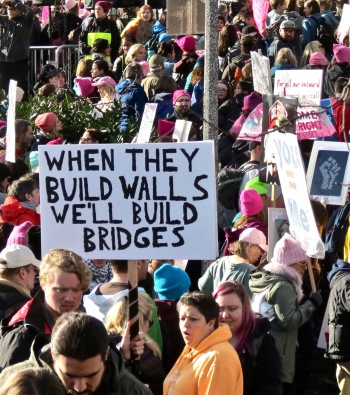 H is also for hero… 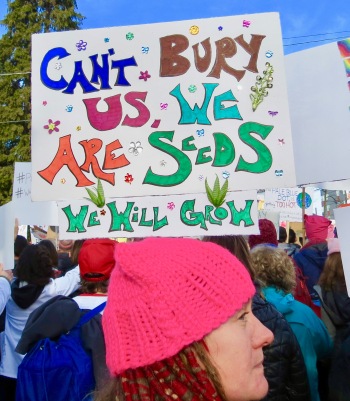 H is for happening, for hookup, for hive and home and herd. 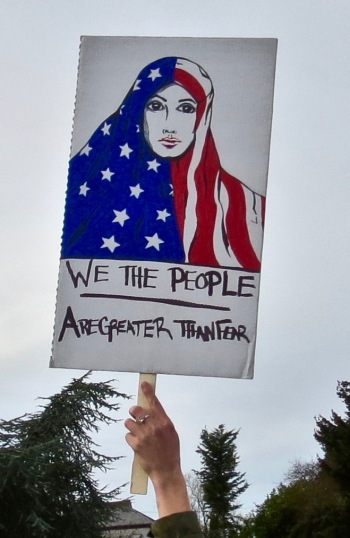 H is for holdfast.

H is also for humanity and high ground.  And that’s why and where we’ll take our stand.


Thank you for sharing the beauty and inspiration: